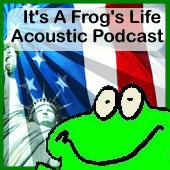 An international literary phenomenon, The Da Vinci Code is the 21st century's biggest selling book to date, and the biggest selling hardback of all time. I had heard the name before and knew something of the controversy surrounding it but it wasn't on my list of books to read. That was until Richard bought and read a Chinese translation of the novel and all but insisted on my reading it as soon as possible (the English version, that is!). So I finished my previous book (The Bourne Supremacy, by Robert Ludlum) in extra quick time and launched into The Da Vinci Code straight away.

Dan Brown cleverly starts the book with a page headed 'FACT', with information telling the reader that "The Priory of Sion - a European secret society founded in 1099 - is a real organisation" and that the "deeply devout Catholic sect" known as Opus Dei is also real. The keystone for this setup page, however, is the statement that "All descriptions of artwork, architecture, documents, and secret rituals in this novel are accurate."

With these 'facts' securely tucked into our belts we set off on a journey with Robert Langdon, a Harvard lecturer in symbology, and Sophie Neveu, a cryptologist working for the French Police. It's a fast-paced novel which starts with the murder of the curator of the Louvre museum in Paris and ends with the final resting place of the Holy Grail [or does it?]. Along the way we are faced with mysterious figures, ingenious puzzles, and ancient symbols. Langdon and Co. describe revelations about everything from art to religion - from hidden messages in works by Leonardo Da Vinci to hidden secrets which the Catholic Church has fought for nearly two thousand years to find and destroy.

The controversy surrounding this book is mainly down to some of the 'revelations' revealed therein - revelations about the natures of Jesus Christ and Mary Magdalene (the book has been banned in Lebanon..), revelations about the 'true' nature of the Holy Grail (no spoilers in this review!), and revelations about secrets hidden in everything from Da Vinci's The Last Supper to Walt Disney's Snow White and the Seven Dwarfs. "But", I kept saying to myself as I read the book, "this is a work of fiction. Look, it says so on the spine." Yes, it is fiction - but for the unwary reader it is extremely convincing fiction. After all our subconscious mind already knows that the Priory of Sion is real, as is Opus Dei. We also know that the places, pictures, and descriptions are also real. So why shouldn't the theories also be real? "After all," says a little voice at the back or our heads, "these theories are told to us by the curator of the Louvre, a Harvard lecturer, and a British Royal Historian." Except, and at the risk of repeating myself, this is a work of fiction, invented (rather ingeniously) by the (now very rich) author Dan Brown. Yes, there are some people who believe in many of the book's theories, which have been previously researched and published in many forms. However, this book hits the mark where others failed because the theories are wrapped up inside a rather good suspense novel.

The Da Vinci Code has spawned a veritable plethora of books and websites looking at various aspects of the secrets, revelations and theories in the novel. Some support, many castigate, while others just give the factual evidence and leave the readers to decide for themselves. You see, many of the Code's theories and historical interpretations fail to stand up to even distant scrutiny, let alone close scrutiny, but please don't let that get in the way of a good story. If one puts the hype to one side this is actually a very good novel - a real credit to the author.

In the end, the only thing I wasn't really comfortable with was the location of the Holy Grail, as revealed in the book. Yes, I know it's only fiction but in my view it would have been better to have left the final riddle unsolved rather than placing the Grail in the most improbable - nay, impossible - location imaginable. How the hell any of the (fictional) members of the Priory of Sion are ever going to access this hiding place in the future is anyone's guess. And how the hell the location was ever created in the first place without a hundred and one different planners, architects, and builders finding out about it in the process is anyone else's guess too!

Posted by the commentator:

Found your spot on bravenet. Good work on the review. I agree. Problem is that people can't distinguish between fact and fiction anymore.
Friday, July 8th 2005 @ 12:38 AM

Hi Graham
I love to read others interpretations of books I've read. As you know from my own review I didn't care for the novel but always enjoy a good squabble over books! :) (Even though we dont really disagree this time. Rats!) I am not putting a tag on your tag board until you are able to delete the noxious spam on your board. I had two of the same and I dispatched them just a few minutes ago. I look forward to more reviews, I'll come back to visit. See you around the blogoshpere.
Sunday, January 9th 2005 @ 12:18 AM

I really enjoyed reading your review. I read the book last week and your comments are spot on.
Thursday, December 2nd 2004 @ 12:26 PM